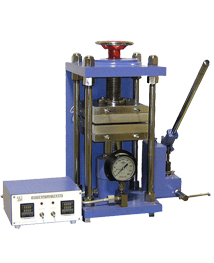 Limiting Oxygen Index / Critical Oxygen Index apparatus is used for determining the minimum percentage of Oxygen required to just support flaming combustion of a material at room temperature in FTA mode or at Higher Temperature (up to 400oC) in HFTA mode.

The sample is burned in the mixture of nitrogen and oxygen, and the percentage of oxygen required just to support the flaming combustion is recorded through an imported Oxygen Analyzer, which gives direct oxygen readings.

A digital temperature-indicating controller provided with the instrument controls the temperature for HFTA mode. The instrument is manufactured as per the ASTM specification and also confirms various other international standards.

‘U’ Shaped Thermocouple to get the temperature at sample point.

The sample is ignited using the L shaped burner and oxygen % is adjusted till the sample starts to burn like a candle i.e. sustained burning without extinguishing or rapidly spreading the flame.  The Sample should burn in this condition for at least 3 mins.

At higher temperature the requirement of Oxygen for combustion reduces. The environment around the sample is heated using double walled chimney with heaters for HFTA test. The procedure to determine the LOI remains the same as for ambient temperature. Reading are obtained for various temperatures and Oxygen % vs temperature graph is plotted.